Upon admission to the bar in 1979, he began work as a law clerk to the Honorable Walter J. Krasniewski, US Bankruptcy Judge for the Northern District of Ohio, Western Division. In 1981, he entered private practice and joined the law firm of Manahan, Pietrykowski, Bamman, and Delaney, concentrating in the civil litigation field. 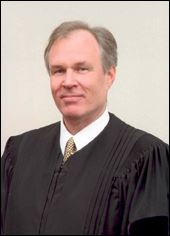